Not sure whether you can cleanse clear quartz in water? Here’s my complete guide to whether this crystal is water-safe.

Clear quartz, known as the Master Healer, is a beautiful crystal that I think everyone should have in their collection.

It’s a powerful stone that can amplify the healing effects of other crystals and regulate energy flows. Clear quartz can also be programmed for any intention, making it a versatile option.

A bonus is that clear quartz is easy to cleanse and wash. As it’s a relatively hard stone, clear quartz can go in water without damage (which isn’t the case for many crystals).

Let’s take a closer look at why clear quartz is water-safe, the benefits of cleansing with water, and whether this crystal can go in salt water.

Can Clear Quartz Go in Water?

As I mentioned during the introduction, clear quartz can go in water.

It rates as a seven on the Mohs hardness scale, so it won’t dissolve or crack when left in water. Clear quartz also doesn’t contain inclusions that rust.

Tip: Most crystals in the quartz family are water-safe. This includes amethyst and citrine.

Why is Clear Quartz Water Safe?

Clear quartz can go in water, but why is this the case? And what causes water to damage other crystals?

There are a variety of factors that affect how a crystal will react in water, but two of the most important are:

Tip: There’s a general rule that crystals ending in “ite” aren’t water-safe. Examples include calcite, selenite, and fluorite. This isn’t always true but is a useful rule-of-thumb.

What Are the Benefits of Putting Clear Quartz in Fresh Water?

Water has a powerful cleansing effect on crystals. It removes negative energy and grounds it back into the earth, while also restoring the stone’s healing properties.

So, if you feel your clear quartz isn’t as energetic as it once was, then a water cleanse could rejuvenate it.

Of course, a bonus of cleansing with water is that it washes away grime and dirt that might affect the crystal’s appearance.

How Long Can Clear Quartz Be in Water?

Cleansing with running water only takes a few minutes, so you don’t need to leave clear quartz submerged for a long time.

With that said, clear quartz is a hard stone that probably won’t be affected by extended baths.

So, if you want to use a more passive method, such as leaving the crystal submerged for a few hours, then this shouldn’t cause damage.

I don’t recommend leaving any crystal submerged for more than several hours though. Over time, water may widen tiny cracks or fissures, making the stone lose its shine.

Saltwater is a powerful cleansing tool. It combines the grounding effect of water with salt’s ability to absorb negative energy.

However, saltwater is also corrosive and can damage many crystals – even some that are considered water-safe.

Fortunately, clear quartz is a relatively hard gemstone without soft inclusions, so it won’t be harmed by a quick saltwater cleanse. Make sure you rinse it thoroughly afterwards with fresh water and pat it dry with a soft cloth.

I don’t recommend long saltwater cleanses though. Over time, salt may widen microscopic cracks and affect the stone’s appearance.

Can Clear Quartz Go in A Shower or Hot Water?

It’s best to avoid putting clear quartz in hot water or a shower.

A sudden temperature change could potentially cause a clear quartz gemstone to crack. Powerful showers may also damage a crystal’s surface, so it’s a good idea to remove any crystal jewellery before showering.

Warm water is fine for cleaning and cleansing your crystal though.

How to Cleanse Clear Quartz in Water

Running water is my favourite way to cleanse clear quartz (and other members of the quartz family). Cleansing with water can also restore the gemstone’s healing properties.

Here’s how to cleanse clear quartz with water:

Can You Make a Crystal Elixir With Clear Quartz?

Yes, you can use clear quartz to make a crystal elixir. This gemstone’s hard structure means it won’t dissolve into the drinking water.

Should You Immerse Clear Quartz in Moon Water?

It’s safe to put clear quartz in moon water. In fact, this is a wonderful way to charge your clear quartz with lunar energy. Make sure you cleanse it first though.

Which Other Crystals Are Water-Safe?

There are many crystals that are suitable for water cleansing, such as citrine, black tourmaline, and amethyst.

Other crystals can be permanently damaged by water exposure though. For example, selenite is not safe for water cleansing, as it’s a soft gemstone that dissolves when in water.

Where Should You Place Clear Quartz in The Home?

Clear quartz is a versatile healing crystal, so it can be placed almost anywhere in the home. Some of my favourite places for clear quartz include in the living room, home office, or next to houseplants to encourage growth.

Clear quartz is safe to cleanse in water, as it’s a hard gemstone that doesn’t contain inclusions that rust. You can also clean it with warm water or charge it in moon water.

It’s best to avoid putting clear quartz in hot water though, as the sudden temperature change could cause it to crack. I also avoid putting crystals in showers, as the powerful water stream can cause damage.

Do you have any questions about whether clear quartz can go in water? Please let me know in the comments section below. 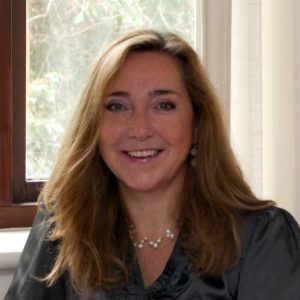